We’ve had several reports of applicators experiencing issues when tank-mixing products with Engenia and the new volatility reducing agent (VRA) from BASF, Sentris. Applicators have stated that they are experiencing extreme amounts of foaming from the tank and even a few reports of enough pressure being generated to pop the lids off of their spray tank, specifically inductor tanks (Fig. 1). 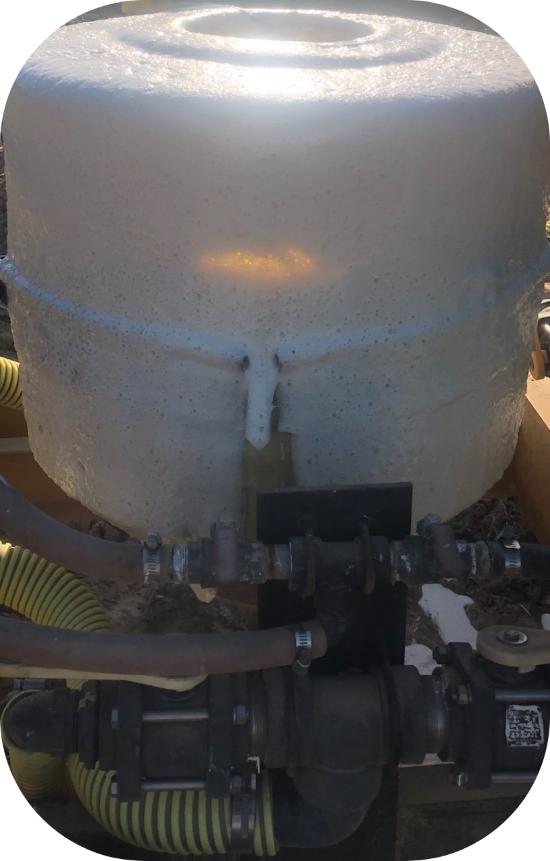 Fig. 1. Picture sent from an applicator in which a tank-mixture that included Engenia, Roundup PowerMax,
and Sentris popped the lid off of the sprayer inductor tank and foamed out.

As a result of these calls, we decided to do a few small scale “jar” tests in 3L bottles to determine if we could find the cause or reproduce these reported issues. We have created a video highlighting our tests and providing a demonstration of the results. This video can be found here: http://bit.ly/Sentris-Gly-Mix. To accompany our video, methods and results of the jar tests are discussed below.

For this compatibility test, multiple herbicides and VRA’s were evaluated (Table 1). The Sentris was purchased from a local cooperative and as such was a commercially available product. The water used as the carrier had been previously analyzed with the following results: pH=7.0, “Soft” hardness classification based on calcium (Ca+2) and magnesium (Mg+2) concentrations, and minimal iron (Fe+3) and sodium (Na+) concentrations. Additional tests with distilled water were also conducted. Calculations were done to determine the amount of each chemical necessary for a 3L bottle that would match label rates and assume a 15 gallon/acre spray volume. These rates are also provided in Table 1. Please note that at this time, Cornerstone Plus and Interline are both illegal tank-mixture options with Engenia (or XtendiMax and Tavium) according to the federal label, and any glyphosate product is prohibited from tank-mixture with Engenia (or XtendiMax and Tavium) in the state of Arkansas. These were included for research evaluation purposes only.

Table 1. Herbicides and volatility reduction agents (VRA) with their rates used in compatibility testing.
All mixes were made assuming a 15 gallon/acre spray volume.

The mixing order was also changed with several mixtures to evaluate any differences that occurred if Sentris was added into the spray solution first or if it was added into the mix after the herbicides. Further jar tests evaluated whether the amount of initial water in the bottle (0.5L versus 1.5L versus 2.5L) prior to mixing altered any response. A final test was also conducted to evaluate if the addition of a defoaming agent (Foam Breaker) would alter the resulting response.

Overall, the results indicated a severe incompatibility problem when glyphosate, Engenia, and Sentris were mixed. This is especially demonstrated in the corresponding video previously referred to and found here: http://bit.ly/Sentris-Gly-Mix. When glyphosate, Engenia, and Sentris were mixed, a chemical reaction occurred within the solution releasing an unknown gas pressurizing the bottle. Additionally, increased foaming occurred and when the bottle was opened to release the pressure, the foam sprayed out of the bottle. This was not limited to a single glyphosate product or glyphosate salt; instead, the same result occurred for each glyphosate tested (Roundup PowerMax 2, Roundup PowerMax 3, and Cornerstone Plus). Furthermore, this was not limited to a singular water quality source. The same reaction occurred even when distilled water was used as the carrier, and the results observed in these tests in Arkansas were also observed by university collaborators in other states (using different sources of Sentris).

No other herbicide tank-mixtures, including Engenia plus Sentris without glyphosate, caused this increased foaming and gas release. Even Interline, which is typically expected to foam more, did not result in the same level of foam production or result in a release of an unknown gas similar to the glyphosate, Engenia, and Sentris mix.

Mixing order and amount of water in the bottle also did not influence this result. Per BASF recommendations, some tests included 1.5L of water (50% of final required volume), Sentris added to the bottle first and shaken, followed by the addition of Engenia and glyphosate. This mixing order still resulted in the chemical reaction occurring, gas being produced, and high levels of foam spewing from the cap. Although this mixing order did not solve the problem at hand, since Sentris and VaporGrip Xtra are considered water conditioning adjuvants, it is still recommended that these products be added to the tank first to begin conditioning the water prior to the addition of any other products.

When Foam Breaker was added into the spray solution first, the glyphosate, Engenia, and Sentris mixture resulted in little to no foam occurring; however, the same unknown gas was still produced significantly pressurizing the bottle. Finally, the tank-mixture of glyphosate, Engenia, and VaporGrip Xtra did not result in any negative compatibility issue as far as increased foaming or gas production.

There was an incompatibility identified when tank-mixing Engenia, glyphosate, and Sentris resulting in a significant increase in foaming and an unknown gas that pressurized the bottle. This increased foaming has also resulted in other reports of problems effectively spraying the tank-mixture and maintaining an appropriate spray pattern. It is once again important to note that this tank-mixture is prohibited within the state of Arkansas. But, if used outside of Arkansas, it is recommended to avoid the tank-mixture of glyphosate and Engenia (or XtendiMax and Tavium) due to herbicide antagonism, improper nozzle options for grass control, and now the recently identified incompatibility between the VRA Sentris and Engenia plus glyphosate. If glyphosate must be mixed with Engenia, it is recommended to use VaporGrip Xtra as the mandatory VRA tank-mix partner as the incompatibility issue was not observed with this VRA. University testing of Sentris was extremely limited prior to its commercialization, and as a result we are learning as we go. Further tests will be conducted in the future to better understand this reaction, and search for solutions for our farmers and applicators. If you observe any complications or have any questions, please don’t hesitate to reach out to us.