The downside has been below average milling yields and an increase in damaged grain.  Let’s dive into potential causes of these milling and quality issues that are responsible for the problem to varying degrees.  Remember we’re discussing head rice (whole kernel) and total milled rice, commonly referred to as Head Rice / Total Rice or HR/TR where a 55/70 is considered the standard.  This refers to 55% head rice and 70% total rice after milling.  When you deliver rough rice, approximately 30% is lost in milling as the hull and bran layers are removed.

Looking at weather data throughout southeast and northeast Arkansas, there was a 7-day period at the end of June where nighttime temperatures were approximately 75 degrees or above, then a 10-day period in late July, and again in late August was another 7-day period.  Fig. 1 is provided as an example and uses Stuttgart weather data, but similar results were observed at weather stations throughout eastern Arkansas including the northeast. 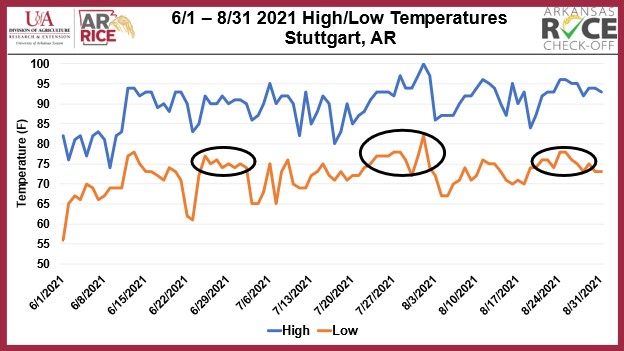 Rice stink bug (RSB) pressure was more intense in 2021 compared to previous years, and additional measures were needed to bring them under control in some areas.  However, other areas had relatively light pressure and still had milling issues.  Ultimately, RSB damage can lower both head rice and total rice depending on when the damage occurs.  Feeding early in grain fill can reduce kernel size and cause malformation.  Feeding later in grain fill can damage grain and make it more prone to break in milling.

One other note / reminder – all “peck” is damage, but not all damage is peck.  On your grade sheet you see peck, but that’s not just RSB damage, it’s all damage from all possible causes.  Beyond impact on milling yields, high damage can lead to loss of grade which will also reduce the value paid for the rice.  So just because your peck damage is high doesn’t even mean you had a stink bug problem responsible for the majority of damage, though some would certainly be from stink bug this year.  See Figs. 2 and 3 for examples of RSB and other damage.

Fig. 2.  Examples of pecky rice and the cause of the damage versus clean kernels. 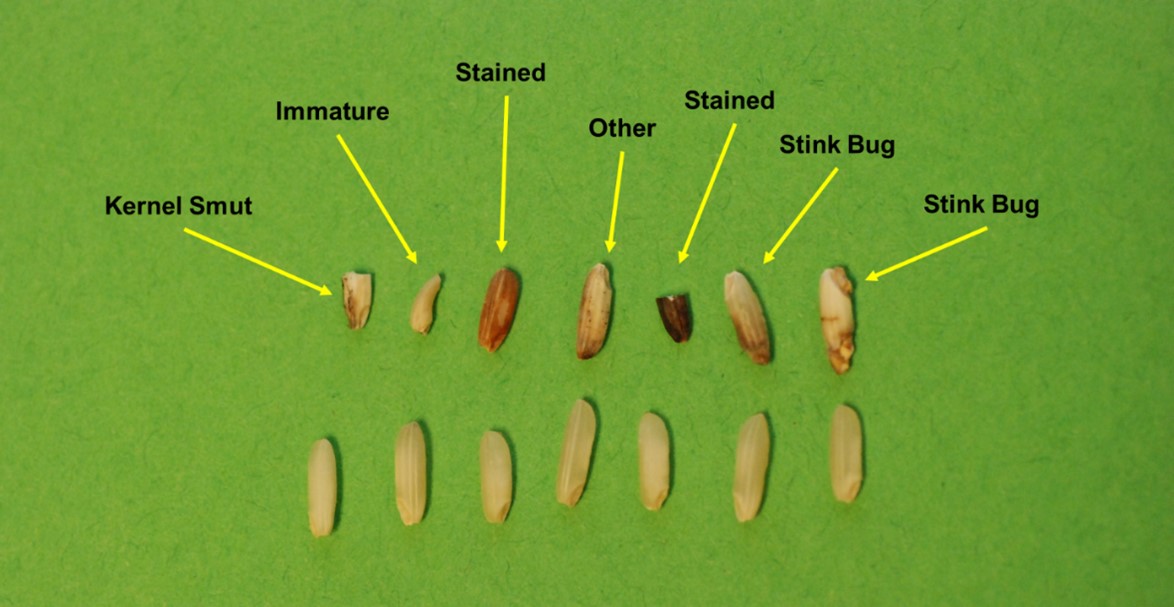 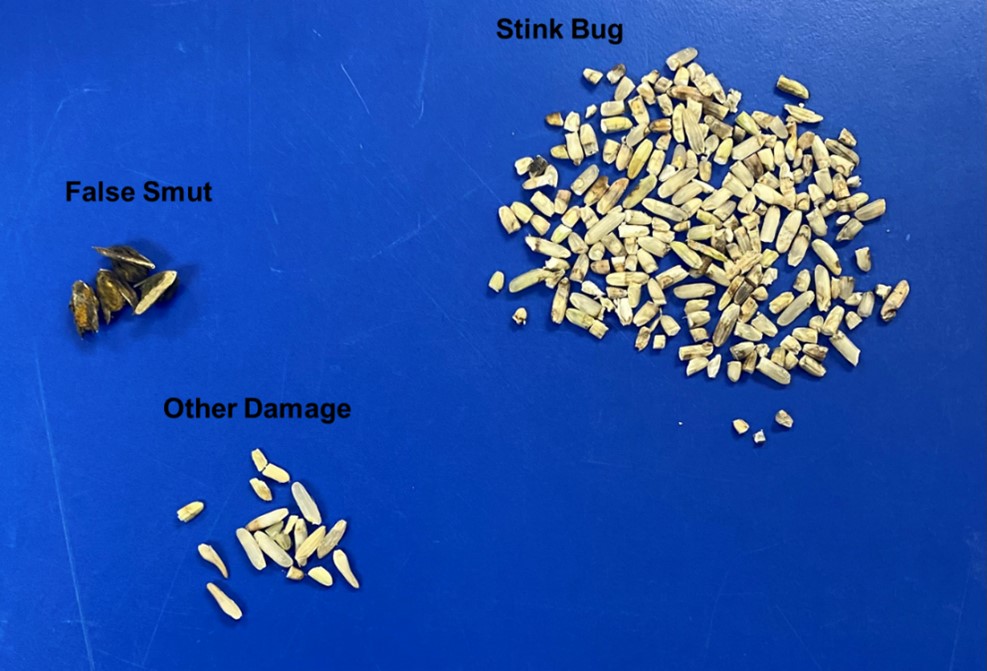 The largest overriding theme likely responsible for the majority of the issue has to do with prolonged and delayed crop maturity.  The cold snap at Memorial Day that lasted for several days seemed to knock the crop off track by roughly a week.  Then in August and September heavy dews and stagnant temperatures seemed to dramatically slow the grain maturation process.  The crop not maturing – surely you remember fields refusing to fall to a moisture for harvest despite appearing ready for some time.  This was a period of increased susceptibility to RSB damage, discoloration and stain from opportunistic fungi (fungicides ineffective on these).  Perhaps most prominently impacting head rice yields, the continual rewetting and drying of more mature kernels causes fissuring (cracks) that lead to breakage and reduced head rice (Fig. 4).  Let’s not forget an increase in ‘green’ kernels even when we did harvest.  Green kernels are not mature and often instead of breaking, they are actually ground up in the milling process. 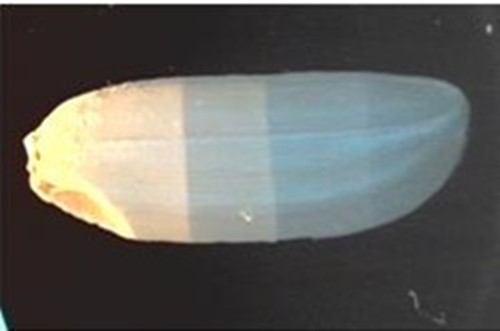 Considering that in 2020 milling yields were exceptional, it was certainly a shock to everyone to see milling yields consistently as low as we did in 2021.  Most factors in play were environmental and out of our control.  While some did experience good to above average milling yields, they weren’t very common.  At this time there are no situations that stand out indicating where we could have done things differently to at least improve the situation.  We will continue to look for those possibilities that might help minimize the effects of this type of occurrence in the future.